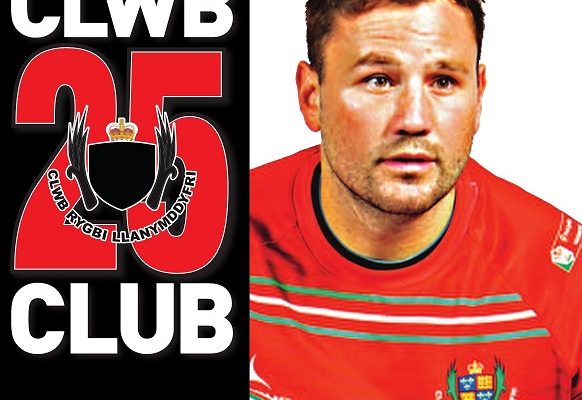 The fifth round of the competition – Llandovery v Cardiff – saw two winners. The first Llandovery try was a penalty try and earned Doug Davies £50. The second and last try was scored by wing Aaron Warren (11) which got Tony Williams the other £50.

There will be a pre match all inclusive buffet for members and guests between 1 00 – 2 30 pm on the occasion of the Llandovery v Carmarthen Quins game this Saturday Dec 28.

Please confirm your attendance with an email to Gina to help with catering arrangements – droversrfc@gmail.com

Bookmakers gave Llandovery a + 6 handicap start on Saturday so although the Drovers lost 25-20 (by 5 points) they did enough to give home backers a profitable day on the handicap. Bookmakers Paddy Power and Betfair Sportsbook, are offering both match and handicap odds on Indigo Premiership games.

Both the West End Cafe and Oz’s now offer all 25 Club members a discount of 10% on food and beverage purchased at the cafe. Claim your 10% on production of your membership card. Many thanks to both Mark Vince and Ismail Ozdemir for their support of the Club