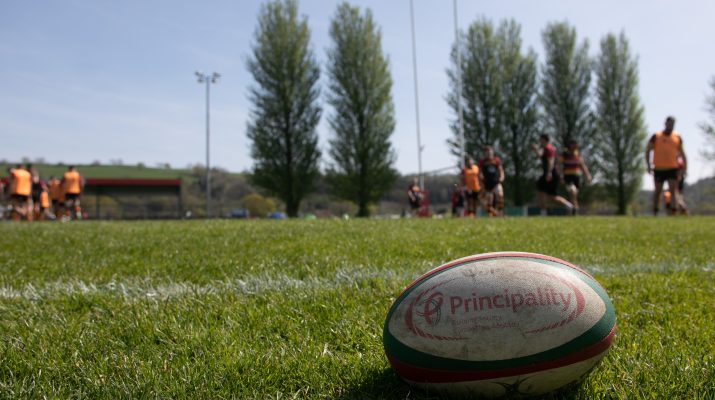 What the Papers Say – Huw S Thomas reports
Copyright Huw S Thomas, and used by kind permission of Huw S Thomas
The Ravens came to Church Bank, fresh from a stunning win over champions Merthyr but lost out to a Llandovery side determined to forget their recent defeat and sub standard performance at Ebbw Vale writes Huw S Thomas.

After a tight first half, a fine burst of three tries in 15 minutes took the Drovers clear and from there on there was only ever going to be one winner.

It took Llandovery a good 40 minutes to shake off a dogged Bridgend but a four try haul after the break, confirmed an excellent bonus point display.

“It took 40 minutes to shake off the sloth of last week but when we were in full flight after the break, we were back to our own selves.”

“There was a big plus too in being able to give good game time to some of our most promising youngsters, teenagers like props Harri O’Connor and Callum William and scrum half Dafydd Land.”

The home pack were in fine form after the break with work horse locks Jack Jones and Man of the Match Rhys Jones making good yards in the heavy traffic.

And the back division, inspired by jack in the box scrum half Lee Rees cut better running angles to stretch the Bridgend end defence to the limit.

An early penalty by Bridgend and former Llandovery College full back Owen Howe was soon trumped by the Drovers when a driving maul from a line out eventually ended with flanker Joe Powell dining over near the posts.

Fly half Jack Maynard added the conversion but the Ravens continued to share possession and when Llandovery were offside in front of their own posts, Howe nudged over the penalty.

A strong scrum posted notice of Bridgend power up front and Howe’s long, accurate punting kept them going forward in a tight contest.

The home backs found little time and space until Aaron Warren came off his wing to pick up a loose ball and flat foot the defence.

And with Maynard converting, it gave give the half time scoreline of 14-6 a false feel.

Llandovery upped the tempo and the extra urgency in their game soon brought success when centres Rhodri Jones and Ryan Evans combined crisply to send Evans racing in by the posts, Maynard converting.

A darting run by scrum half Lee Rees and swift support from hooker Dafydd Hughes saw Warren dashing over wide out, Maynard’s conversion putting the Drovers 28-6,

A penalty try for a high tackle on Warren saw wing Andy Evans into the sin bin and it put the Drovers galloping clear.

From there on it was a question of what the margin of victory would be.

All action Scarlets hooker Hughes burrowed through for his side’s sixth try, this time unconverted and two, three chances went begging as the Drovers ramped up the pace.

All Bridgend had left was pride and it did at least bring them some late reward.

With Llandovery down to 14 men after the sin-binning of skipper Richard Brooks, flanker Jack Pope finished off a multi phased attack with a try, converted by Howe.