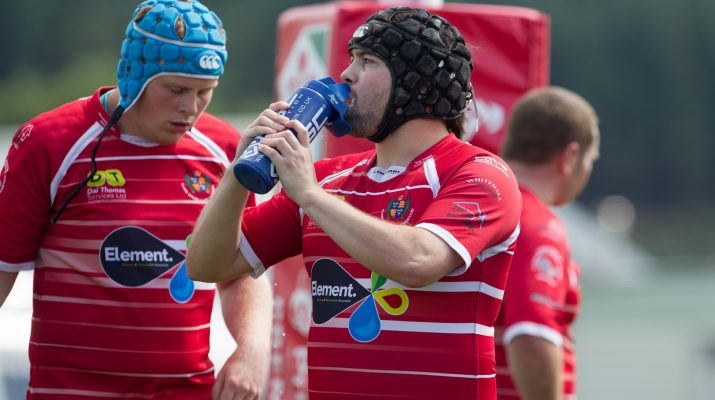 Llandovery made a great statement of intent with this fine win over the capital city club writes Huw S Thomas.

They followed their 62-22 success at  Bargoed with this classy display against  Cardiff to put themselves front runners for a top three finish.

It was their 18th consecutive Premiership win at home and on the evidence of this game, it will take a huge effort from someone to stop that  run.

They were sharp and alert in all they did and were ever ready to move the ball about against a bigger Cardiff side who competed well enough but could not match home flair.

Cardiff fly half Steffan Jones missed two penalties but most of the early attacking however came from the Drovers with scrum half Lee Rees and centre Rhodri Jones catching the eye but the Cardiff defence was rock solid.

There was little between the two sides up to this point but on the half hour, a fine turnover by flanker Stuart Worrall put Llandovery into a good position only for the pack to lose possession near the try line.

It mattered not as a series of close range line outs put Cardiff under such pressure that they conceded a penalty try to a rolling Llandovery maul.

Despite prop Peter Lloyd being yellow carded in the process, it was the Blue and Blacks who scored next on the stroke of half time when Jones put over a straight penalty to make it 7-3.

A great tackle and kick downfield from Rhodri Jones forced the visitors to concede a penalty under their posts and fly half Jack Maynard chipped over the easy penalty.

Flanker Luke Crocker was sin binned soon after for a dangerous tackle and it cost Cardiff another three points from the boot of Maynard.

It got worse when a reverse pass from Rees put lock Joe Powell bursting through for a second home try – converted by Maynard – at the end of the first quarter.

The Drovers came near a third try when centre Ryan Evans burst clear and Cardiff could do nothing more than hang on in against the superior striking power of the impressive and ever inventive home side.

“We knew that we had to match Cardiff’s bigger forwards and winning the breakdowns was a key factor in that respect.”

“The back row of Shaun Miles, Richard Brooks and Stuart Worrall were immense for us.”

“Our lighter pack proved to be more mobile and quicker to the loose ball and our backs always use possession in the most positive of ways.”

“Cardiff had some big names in their line-up but we challenged them hard in all areas of the field for a win that will give us much confidence for the rest of the season.”

“We have no complaints in losing to a very spirited side that plays with both heart and head” said Law.

“We did not match their commitment and hunger for the loose ball and our players need to take a good look at themselves.”

“I have nothing but respect for Llandovery’s adventurous and entertaining approach to the game but a poor line out and lack of intelligence in our options played into their hands.”

“We have failed to score a try in the first two games and we will all have to take stock of our deficiencies before Newport on Saturday.”