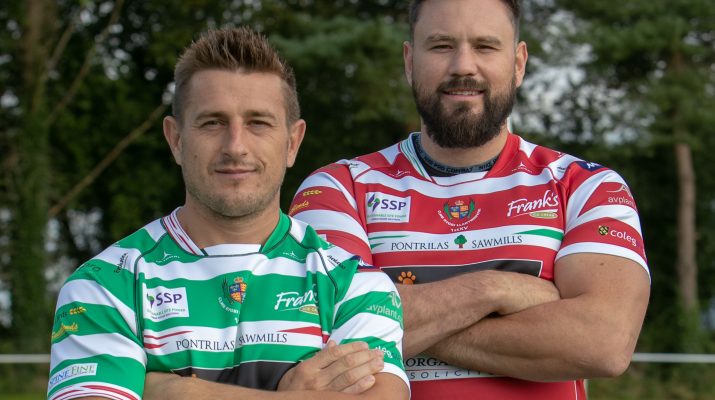 em>What the Papers Say – Huw S Thomas reports
Copyright Huw S Thomas, and used by kind permission of Huw S Thomas
Leading 20-19, the Drovers came within a whisker of an away win before Aberavon full back Jonny Phillips broke their hearts with a corner try in the dying minutes of this Welsh Cup tie writes Huw S Thomas

The conversion by fly half Aled Thomas sealed the home win in this tightest of Welsh Cup quarter finals but the game was shrouded in controversy.

Video footage from a camera angle behind the posts confirmed that Llandovery centre Rhodri Jones had scored a perfectly legitimate try in the second half in winning the race for a bouncing ball in the Aberavon in goal area.

Neither referee Gareth Newman nor touch judge Dewi Phillips spotted Jones’s downwards pressure on the ball near to the posts, leaving the much relieved Wizards profit from a drop out 22.

That try, if converted by Maynard would have given the Drovers a 27-26 win but that said, Aberavon just about deserved to go into the semi final by dint of outscoring Llandovery by four tries to two.

Their two key tries were from the set piece, the first a result of a catch and drive line out and the second a surging scrum that drove the Llandovery pack backwards.

In the first half, lock Sam Williams won clean line out possession which was finished off by hooker Ieuan Davies and in the second half scrum half Rhodri Cole picked up from the back of five metre scrum to get his second try of the game.

There was however little to choose between the two teams but Aberavon made the fewer mistakes, kept the ball that bit better and finished more clinically.

The Drovers have found it difficult this year to bring any consistency into their game, one week looking slick and dangerous, the next uncertain and unthreatening.

Against Aberavon they produced a mixed bag of ambitious attacking with basic errors, poor decision making and a creaking line out and it is to the credit of the character within the team that despite being below par they almost made it into the semi-finals.

A 1000 strong crowd appreciated the tightness of the struggle if not the sight of two teams playing below their potential and it was all square at half time 14-14.

Wing Tomi Lewis opened the scoring for Llandovery after just four minutes gone with an opportunist try from near half way after the Aberavon backs had spilled the ball in attack..

Fly half Jack Maynard converted but the Wizards went 14-7 clear after the Davies line out try and one from Cole after Llandovery had themselves lost possession in midfield.

Ex- Scarlet Thomas kicked both conversions whilst Maynard missed two reasonable penalty chances before a controlled line out and a sweeping Llandovery attack ended with full back Gavin Thomas in under the posts.

Maynard converted to tie the scores before Ryan Evans ran hard and deep into the Aberavon 22 only to be caught by desperate back tracking defenders.

Thomas missed a penalty just before the break and soon after the break Maynard hit a fine drop goal for the Drovers to regain the lead.

It could well have been 24-14 if the controversial Rhodri Jones try had been allowed and Aberavon took advantage of their good fortune with a powerful scrum which led to the Cole try.

Back came the Drovers with a Maynard penalty and just when it looked as if the visitors might hang on, Aberavon produced the killer blow four minutes from time.

Mounting pressure from the forwards gave fleet footed Phillips the chance to outflank the defence, Thomas converting from the touchline.

The Aberavon forwards then completely dominated the remaining few minutes to end Llandovery hopes of snatching a late score.

* Aberavon were joined in the last four of the Cup by Cardiff – 35-20 winners at Llanelli, Carmarthen Quins who won 21-17 at Pontypool and Merthyr who eased past Neath 44-18 at The Wern.