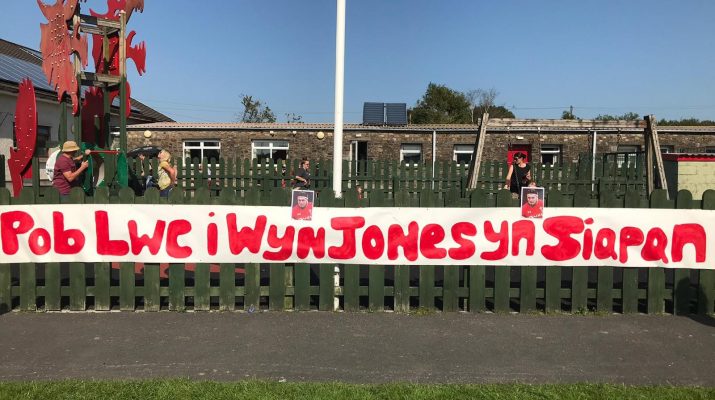 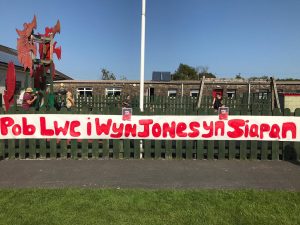 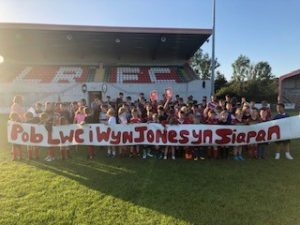 BEST OF LUCK IN JAPAN WYN!

The banner carried all the good wishes of the group to ex-Junior Drover Wyn Jones who was selected for Wales’s opening game at the Rugby World Cup in Japan.

Jones – born and bred in the area – was a member of the Junior Drovers from the age of seven and played all his youth rugby at Church Bank before graduating to the 1st XV and then on to the Scarlets.

He was never selected for the Scarlets U16 and U18 squad or any national age group squad and sets a fitting example of young talent that can be easily missed in their formative years but who can graduate to great things through the junior section of WRU clubs.

He is one of many young Drovers who since the formation of the Junior Drovers back in 1992 by Dai and Helen Thomas who has gone through to the Drovers top team.

Much of the success of Llandovery’s good showing in the Premiership in recent years is down to the solid grounding  received in one of the club’s junior sides.