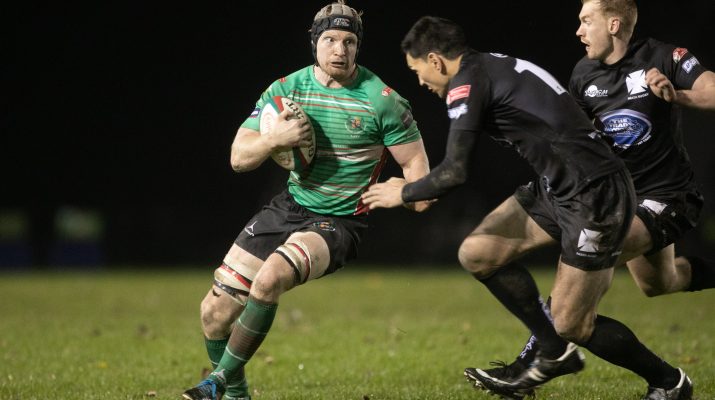 There was no action in the Principality Premiership at the week-end and the break will concentrate minds on what the rest of the season might hold for the 16 clubs writes Huw S Thomas.

It is now well catalogued that the bottom four clubs will be relegated to the Championship at the end of the season and the club that finishes 12th will face a play off with the top team in the Championship – likely to be Pontypool.

After nine of the 30 games, the Drovers are in a fairly comfortable but far from secure fourth place on 31 points after winning two thirds of their games against Bargoed, Cardiff, Bedwas, Llanelli, Neath and Swansea.

There were narrow defeats at the hands of Aberavon, RGC and Bridgend.

“The away win over Swansea was an encouraging way to end the first block of fixtures” said coach Euros Evans.

“There is little to choose between so many teams so an away win over a Swansea side who were strengthened by some talented young Ospreys and who are steadily improving was a boost.”

“We had a well earned week off and now look forward to playing against the top three Premiership teams.”

“Ebbw Vale (at home), Pontypridd and Merthyr (both away) represent a huge challenge and it will be a big test for our pack given the forward strength of all three opponents.”

Despite lying in what appears to be a strong fourth, the Drovers know that there is a mass of teams in the rump of the table who could move four or five places up or down on the outcome of just two games.

There is only 11 points separating top team Merthyr –  first on 38 points –  and RGC who are ninth on 27 points so league positions could change dizzily after the three November games.

The weather, too, could play a big part in the fortunes of many a side with bad weather likely to find out the weaknesses of some and the strength of others.

No one will fancy visiting Cross Keys on a wild, wet and windy night but this is just what the Drovers might face in early December when they travel to the heavy ground joy of Pandy Park.

A big boost for Llandovery in the November games will be the return to action of No 8 and skipper Richard Brooks who has missed the last four games with a knee injury.

His leadership qualities and hard-nosed competitiveness will stiffen resolve and there is also good news with the return of flanker Stuart Worrall who missed most of the early games when on duty for the Scarlets in the Celtic Cup.

Llandovery’s Premiership fixtures up to an including Dec 28 2018

*** Three Drovers in fly half Jack Maynard, lock Joe Powell and flanker Stuart Worrall had a busman’s holiday of an outing for Crawshay’s Welsh at The Gnoll on Friday evening.

The famous invitation side -led by Newport full back  Geraint O’Driscoll – lost 35-24 to the international Honk Kong side that is preparing for the World Cup play offs.

It was the final warm-up fixture for Hong Kong ahead of the four-team qualifier to determine the 20th team at Rugby World Cup 2019 in Marseille where Canada, Germany and Kenya are its opponents