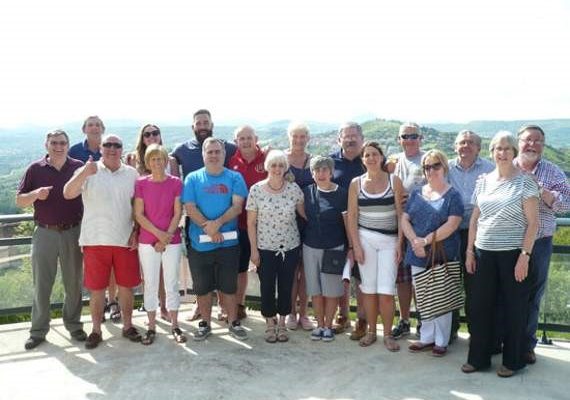 PHOTO OF JAMIE CUDMORE DURING HIS TIME AT LLANDOVERY 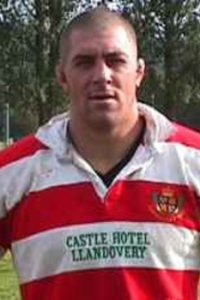 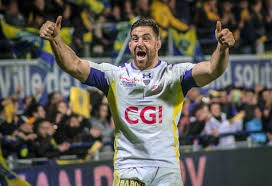 Wales and Lions prop Wyn Jones insists that the semi-pro Premiership has been a vital part of his rugby development and now another famous rugby player has voiced his support writes Huw S Thomas.

It is no exaggeration to say that Jamie Cudmore became one of the greatest locks in the history of the game during his time at Top 14 club ASM Clermont Auvergne and he has acknowledged the role that Llandovery and the Welsh semi-pro game played in his career.

When in Wales, the giant Canadian lock Jamie Cudmore was loaned out to the Drovers from the Scarlets and the 19 stone, 6’6” giant played 23 times to became one of the most effective and popular players to pull on a Llandovery shirt.

Cudmore – now back working for Rugby Canada – heaped praise on the value of his time at Llandovery.

“I didn’t seem to be going anywhere with the Scarlets and they loaned me out to Llandovery and that set my career back on course.”

“It was semi-pro but I got quality, competitive, hard and regular rugby against the likes of Pontypool, Aberavon and Cross Keys, I got match fit and regained my appetite for the game back alongside players whose company I really enjoyed – on and off the pitch”

“To play against one of these clubs away on a heavy pitch in driving rain, facing tough as teak forwards who knew all the tricks of the trade and beyond, certainly got me ready for greater things” said the 43 times capped Canadian.

“It was a great club to play for, warm, kind and friendly, in love with the game and it was at Church Bank that I got the momentum and drive that propelled me to bigger things”

“Without it, I hesitate to think where my career would have led me”

Cudmore’s memories of Llandovery run parallel to Wales prop Wyn Jones who puts much of his success at the top level of the game down to his experience in the Premiership.

Wyn Jones remembers one game in particular that summed up his front row apprenticeship.

“One of the last games I played for the Drovers was a quarter final tie in front of a big crowd at Eugene Cross Park.”

“If you didn’t stand up to them, they would run all over you and their close range line out was a huge part of their success but we matched them toe to toe in set and loose.”

“That was as hard a game as I have ever played at any level and a wonderful learning curve for me.”

“It’s true to say that such full on games prepared me well for the physicality of the professional and even international scene.”

“There is a huge amount of raw talent in the Premiership, ready to step up a gear if only given the chance”

After his stint with Llandovery in the then National League Fist Division, Jamie Cudmore went to France and ASM Clermont Auvergne where he was voted by a French national paper as one of the greatest locks in the history of the Top 14

According to the Llandovery RFC website, Cudmore is just one of a total of 46 internationals to have turned out for the club in its 141 years history.

The list – much due to the investigative dedication of the late Bryan Weaver – includes 38 Welshmen, two Scots, two Tongans, an American, a Canadian, an All Black and an Irishman.

Scots in lock Scott Macleod and flanker Luke Hamilton, a New Zealander in the form of lock Simon Malling and an American in prop John Tarpof played just the one game, all on loan from the Scarlets.

So too the Tongan lock Inoke Afeaki whereas his countryman  Aisea Havili made five appearances on the wing scoring a try in the 27-16 win over Ebbw Vale in 2004.

Ireland and Lions  back row Tadgh Byrne – considered extra to surplus at Parc Y Scarlets at the time –  was quite brilliant in his two games back in 2017 but the greatest contribution to the Llandovery cause from a so called “foreigner” is from Jamie Cudmore.

Arwel Thomas and Emyr Lewis might get in – George North, Adam Jones and Tadgh Byrne certainly would – but they made so few appearances that such a choice would not in any way reflect the contribution that Llandovery has made in both developing talent such as Wyn Jones on the one hand and revitalising the careers of players such as Cudmore on the other hand.

Where does one draw the line between meaningful and incidental contribution to the Drovers cause?

With that in mind, it is possible to put out an International XV of players to have turned out for Llandovery at least 10 times, only twisting the rules slightly to accept nine appearances for one player in Llanelli wing/full back Garan Evans.

Former Neath, Wales and Lions hooker Barry Williams- four appearances only for the senior Drovers –  played for Llandovery Youth over a record breaking four seasons during which time he was capped 10 times for Wales Youth in 1991,1992 and 1993. 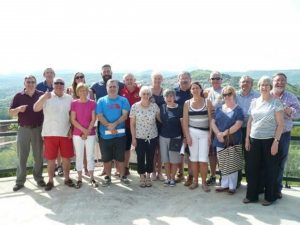