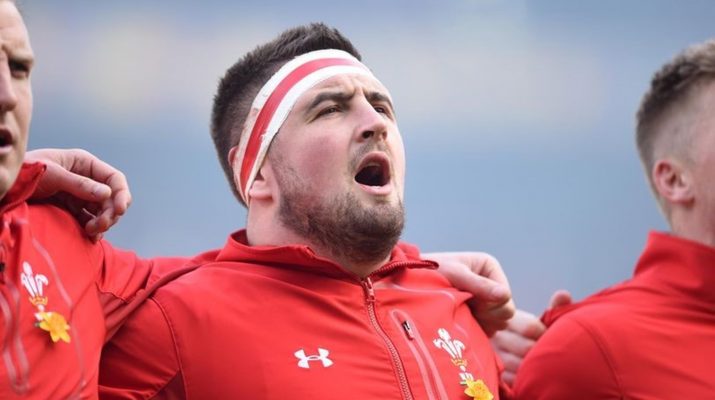 FANCY YOURSELF AS A LIONS SELECTOR?

Will Gatland pick Wyn Jones in his Lions squad

Who will be going on the Lions tour to South Africa this summer and what team will Warren Gatland pick to face the Springboks in the First Test on July 24? writes Huw S Thomas

Get your selection right and you could be on the way to pocketing anything up to £1,000 in prize money in a competition organised by a group of sporting enthusiasts from Llandovery.

How many Welshmen will get in to the team for the First Test? Will he pick local hero and former Llandovery prop Wyn Jones in the No 1 shirt and will Stuart Hogg be the only Scot involved?

Will Gatland rely on the Irish half back combination of Conor Murray and Jonny Sexton to run the game?

The back row will be a minefield of names and numbers – you could well pick three players and not get one right or all three players right but in the wrong shirt numbers.

Does Tom Curry play 6, 7 or 8 or not at all? Might there be no Welshman in a back row of Tadgh Byrne, Billy Vunipola, Hamish Watson?

This correspondent has eight different combinations in his mind but doubts that he will get all three positions in the right order?

Getting the right number on your selected player’s back will be crucial in racking up points.

Take care that you pick a specialist right wing for No 14, a specialist tight head prop for No 3 and think carefully what number shirt  Mario Itoje will carry No 4,5 or even 6?

As for replacements, make sure you have a specialist front row trio on the bench before then splitting the other five into two forwards and three backs or as the Springboks like to do, three forwards and just two backs

The competition asks you to name not just the Lions starting line in the First Test at the FNB Stadium in Johannesburg on July 24 but – in case of a tie – you are also asked to name the eight replacements.

In the unlikely event of two or more people having an equal amount of correct replacements, then the closest prediction of the final match score will be the winner.

A points scoring system has been divised whereby 10 points is awarded per player with the correct number shirt. 5 points for a player to start in a different position or shirt number.

Bearing in mind that it is not what you think should be the Lions side but what you think Gatland will pick , for what it is worth this correspondent had pencilled in this £10 of an  entry – subject to late amendment of course!

The entry fee is set at £10 which must be paid in cash or cheque with the entry sheet by the closing date of the competition – 6 pm on Sunday May 2, 2021

3) Guess the final score in the First Test

POINTS WILL BE DISTRIBUTED AS FOLLOWS

If there are two or more equal on points for the starting XV, then the person with the most correct replacements will win

In the unlikely event of two or more having an equal amount of correct replacements, then the closest final score of the First test wins