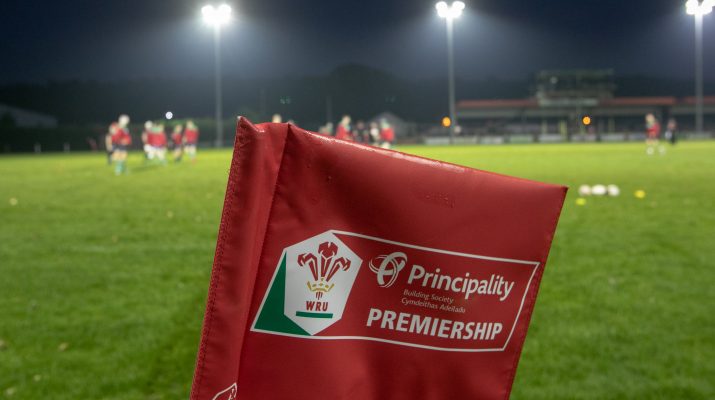 The game passed a 2 00 pm pitch inspection but the expected driving rain and high winds made life extremely difficult for both sides.

The Steelmen held a slender 9-5 interval lead but as well as they defended in the second half, it was the Drovers who finished far the stronger for a narrow win.

The win takes Llandovery up into third spot after 10 of the 30 Premiership games but they now face three successive very tough away games at Pontypridd, Merthyr and Cross Keys.

Coach Euros Evans paid tribute to the work of his forwards.

“Whenever you play Ebbw Vale, you know that your pack is going to be asked big questions up front and particularly so in heavy conditions” said Evans.

“So it was very encouraging to see our forwards not only hold their own against a bigger pack but also to last the pace better in awful conditions.”

Evans did not signal out any forward in particular but the commitment and high work rate of players and replacements was of the highest order under the leadership of lock Jack Jones –  a Pro 14 player disguised  in Premiership colours.

Fly half Rhys Jones – son of former Wales flanker and current Canada coach Kingsley Jones – stroked over a penalty from half way to put Ebbw into an immediate lead but a driving, well manoeuvred maul by the Drovers pack soon saw former Sale and current Scarlets hooker Marc Jones drive over in a mass of bodies.

Jones made it 6-5 with another easy, albeit long distance penalty before being off target with one from the half way line.

Llandovery’s fierce chop tackling  in which the back row of Lewis Ellis-Jones, Emyr Price and Stuart Worrall were immense figures kept their line intact as half time approached in the pouring rain.

The Ebbw scrum looked strong after the restart and with Llandovery’s kicking for position a bit off key, there was little to choose between the sides.

Out of the blue, the Drovers conjured a try when teenage scrum half Dafydd Land quickly released Aaron Warren in midfield and the wing sent ever-excellent centre Rhodri Jones arrowing through at an angle

Maynard converted for a 12-9 lead before home ill discipline gave centre Carl Meyer the chance to tie the scores but his penalty was wide with seven minutes to go.

Maynard plugged Ebbw back with some clever kicking to stifle any chance of a late upset and the game was sealed with the fly half’s 30 metre penalty in injury time.