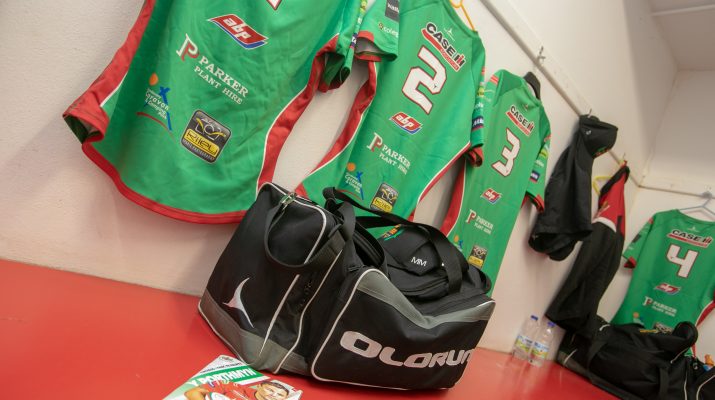 They did the basics better, attacked with width and tackled more aggressively and to greater purpose than the Drovers.

Llandovery slip out of the top three for the first time this season  and now face a difficult trip to Bridgend  in an effort to prevent a third consecutive defeat.

RGC coach Mark Jones who scored 26 tries in just 30 games for the Drovers in 1998-1999 before going on to play for Wales had the satisfaction of an impressive bonus point win against his former club.

“We did ourselves scant justice in losing to Merthyr but the boys were determined to get it right today.”

“As well as we attacked and get a bonus point to boot, the defence must take huge credit in shutting down the very dangerous Llandovery backs.” said Jones.

“The ambition to become the first side to win at Church Bank since April 2017 was a galvanising force in our preparation and it took a huge effort to get the victory.”

“I thought that we had the better of the contact area and that is the key to stop free running Llandovery running amok.”

The Llandovery coaching staff were very disappointed with their side’s performance.

“We don’t mind losing against a better side on the day “said backs coach Simon Davies “but it was our most lacklustre display of the season.”

“As well as RGC played and deservedly won, we are certainly better than we showed today”

“RGC were very solid in all departments and kept the ball better but we did not help ourselves with our lack of control and waywardness at ruck and maul.”

“The penalty count was depressingly huge in their favour so we will certainly need to look carefully at our lack of discipline which up to now has been so good.”

In front of the S4C cameras, Llandovery were soon ahead with a try from wing Aaron Warren, converted by fly half Jack Maynard but the visitors were in no way fazed.

Wing Afon Bagshaw profited from a break by scrum half Efan Jones to score a try converted by fly half Billy McBryde and it got better for the visitors when the pack forced a penalty try from a line out.

Home flanker Lewis Ellis-Jones was yellow carded and despite a Maynard penalty, the speedy RGC backs cut loose to work centre Danny Cross in at the corner.

Lock Jack Jones was a second Drover to be carded just before the break with his side trailing 19-10.

A straight  McBryde penalty increased the lead only for the Drovers hooker Ricky Guest to crash through for a close range try, converted by Maynard.

There were just five points in it now and Llandovery strove for an unlikely win.