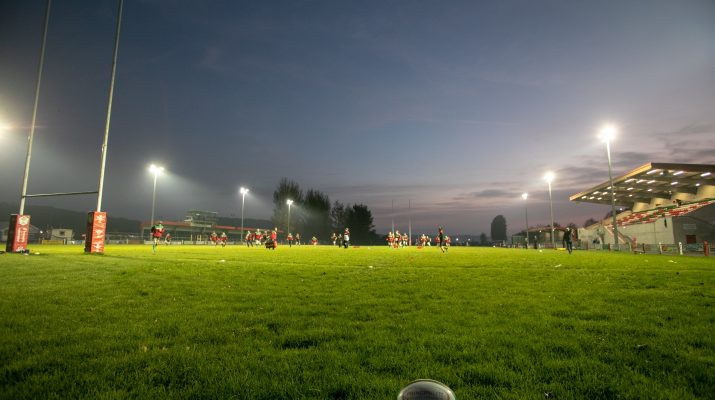 Seven a side fans will make a beeline for Church Bank, Llandovery this Wednesday (March 13) where CAVC CCS – aka Cardiff and the Vale College and Cowbridge CS combined – defend their title at the popular Llandovery College Sevens writes Huw S Thomas.

The Glamorgan side swept all before them last year, culminating in a conclusive 31-7 win over win over Ysgol Glantaf in the final but they will be challenged by 23 teams from all over Wales and one from Somerset’s famous Millfield School.

For many Welsh schools and colleges this will be the last run out before the Rosslyn Park National Sevens on March 25 and competition is bound to be intense in this exciting shortened version of the game.

CAVC CCS lost narrowly to Millfield in the semi final of this year’s Christ College 7s and look certain to feature prominently in today’s latter stages.

Their main challenger will be Coleg Sir Gar, Coleg Y Cymoedd and host school Llandovery College who lost narrowly 34-19 to Millfield in the final of this year’s Christ College, Brecon Sevens.

The Lilywhites come into the tournament fresh from a string of strong appearances up and down the country.

Following their defeat in the final at Brecon, the College won the Plate at the Marches 7s and bettered that last week when they beat all comers at the Society of Heads tournament at Ascot.

In skipper Griff Evans and half backs Archie Hughes and Jack Evans, they have key players in their quest for the title.

Coleg Sir Gar – coached by Euros Evans – and Coleg Y Cymoedd have had another outstanding season at 15 a side and will be many people’s favourites to take the title.

Millfield School, bring their ”A” VII to the tournament.as their top team are playing at the Surrey Sevens as preparation for the Rosslyn Park Open but will be a threat to all.

No school in the British Isles has came near to the wonderful sevens success and excellence of the famous rugby school over the years and they have won the Rosslyn Park Open a record number of times.

As well as Coleg Sir Gar and Llandovery College, Carmarthenshire sides in action will be Bro Dinefwr from Llandeilo, Carmarthen’s Bro Myrddin and Ammanford’s Dyffryn Aman.

In addition to the Senior Open, there is an U16 Boys and an U18 Girls tournament.

The latter tournament has attracted a number of teams from the other side of the Severn including probably the top girls team in the UK in Hartpury College.