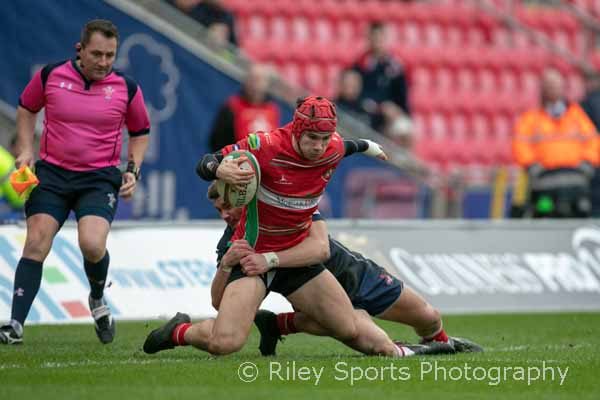 What the Papers Say – Huw S Thomas reports
Copyright Huw S Thomas, and used by kind permission of Huw S Thomas
The Carmarthenshire local derby went the way of the Drovers who had too much fire power behind the scrum for the Sospans in a lacklustre game at Parc Y Scarlets writes Huw S Thomas.

Llanelli came into the game after a very narrow defeat at league leaders Merthyr and were competitive throughout but never had the craft and invention to take the spoils.

They were reduced to 12 men at one stage in the second half but rallied well only to just fall short of a losing bonus by a solitary point.

Both sides found it difficult to come to terms with Jonathan Evans’s unusual refereeing interpretations which made for a stop-start game of unexciting proportions.

Four yellow cards for Llanelli – one leading to a red for a second offence – two yellows and a red for Llandovery brought a fractured game devoid of flow and continuity.

Coach Euros Evans was satisfied with four points but rued the missed opportunities of a winning bonus point,

“The side did not fire properly but Llanelli competed with a huge will and for us to come away with a win which moves us up to fifth in the table can’t be a bad thing.”

“We are now on 61 points with still 11 games to go and that should be enough to dispel any lingering fears of relegation.”

The home side had a great start when No 8 Elliot Rees crashed over after a string of close range probes, fly half Ashley Sutton converting.

Llandovery’s answer was immediate with full back Tomi Lewis sending wing Aaron Warren racing in up the touchline from 25 metres.

The Drovers – prompted by scrum half Lee Rees who was making his 250th appearance for the club – were intent on running everything but it was a kick from fly half Jack Maynard that set up an excellent field position.

The home defence held fast until Maynard put his side ahead with an easy penalty before Llanelli conceded a penalty try at a retreating scrum.

A yellow card for Llandovery flanker Shaun Miles gave Sutton the chance to put over a 30 metre penalty to reduce the leeway, only for a second Maynard penalty to make it 18-10 at the break.

Back to 15 men, Llanelli had fair possession with replacement scrum half Johnny Evans a busy influence and just after opposite scrum half Rees was yellow carded, full back Leon Randell squeezed in wide out.

Replacement Jonny Lewis hit a fine conversion to reduce the deficit to eight points and when Llandovery skipper Richard Brooks was red carded for a reckless tackle on wing Kalum Evans , Llanelli upped the tempo.

Llandovery defended hard enough to deny the Sospans an elusive losing bonus point and when Llanelli’s Ellis Thomas had his second yellow card for blocking a quickly taken tap penalty , the Drovers went for the bonus point try only to be denied by desperate home tackling.