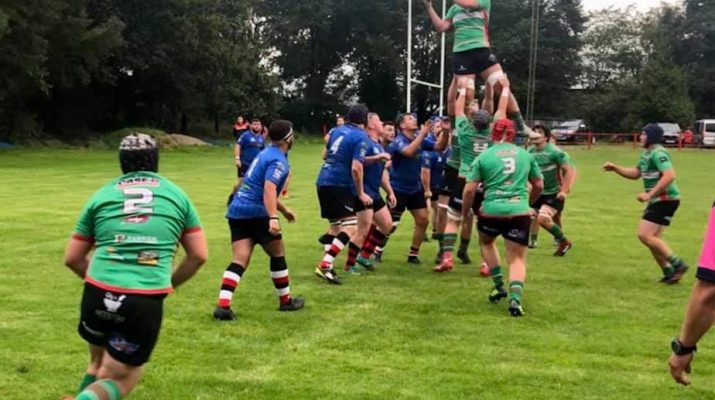 What the Papers Say – Huw S Thomas reports
Copyright Huw S Thomas, and used by kind permission of Huw S Thomas
A largely experimental and inexperienced Llandovery side had to pull out all the stops to overcome a well organised and lively Llangennech writes Huw S Thomas.

It was until the last move of the game that the young Drovers clinched victory when quick passing along the back line put replacement wing Harry Thomas over in the corner.

“It was a perfect pre-season game for our development players to show their worth” said Llandovery coach Euros Evans who lives in walking distance of the Llangennech ground.

“They faced a good all round, physical outfit who finished third in Division One West last year and who look ready to enjoy another successful season.”

“The 23 man squad was packed with very young players a lot of whom have come through via the Junior Drovers and they represent the future of the club.”

“Many will not make the immediate Premiership squad but half a dozen or so should be on the fringes but need a little more time before facing the rigours of semi-pro rugby.”

Jordan Evans was a quick and elusive wing, Ryan Williams showed touches of class at fly half, the front row of Callum Williams, Garan Williams and Harri O’Connor stood up toe to toe with experienced operators and Newcastle Emlyn lock Osian Davies muscled hard in tight and loose.

Llangennech – led by flanker Shaun Edwards – gave it full throttle from the start with former Llanelli and Aberavon centre Richard Thomas directing things at fly half.

Early home pressure saw wing Tom Barnes burst over for a try converted by full back Gethin Long only for the Drovers to come back level with a penalty try after a heap of Llangennech off sides.

The home side regained the lead after weak tackling had let in centre Ryan Noones and went into the break 12-7 up.

The commitment of the home eight was full and it was fortunate that experienced first team players in acting captain and lock Joe Powell, No 8 Emyr Price, full back Kristian Jones and hooker Ricky Guest were there to bolster the Llandovery effort at key moments.

When a try from busy scrum half Jac Howells, converted by Ryan Williams put the visitors ahead it looked as if Llandovery might take charge.

It was not to be the case as the Llangennech pack kept going until the end and a late try from hooker Callum Evans looked good enough to take the spoils 17-14.

But a very patient build up and waves of charges for the Llangennech line by the Llandovery forwards paid the latest of dividends with the Harry Thomas try.