Guest of honour for the first set of presentations was WRU Head of Rugby (and England Rugby World Cup winner) Josh Lewsey. Making the presentations during the second ceremony was Rob Appleyard, ex-Wales international and ex-Drovers’ coach, and now Player Manager at the Derwyn Jones agency and Director at Appleyard sports consultant Ltd.

The following Awards were presented by Josh Lewsey: 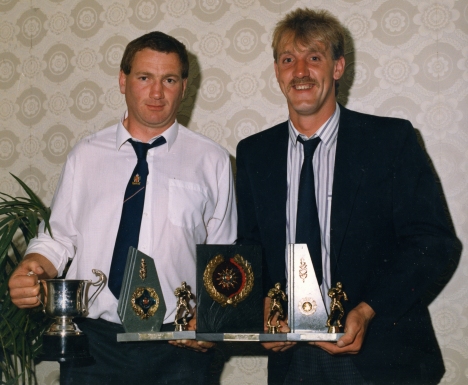 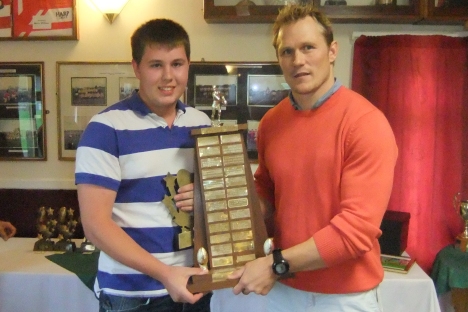 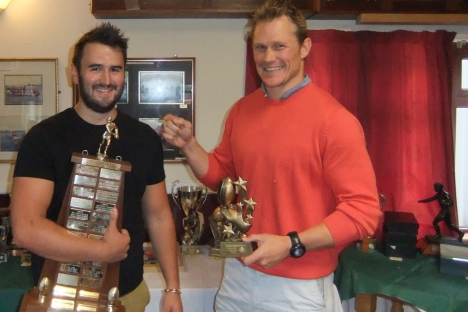 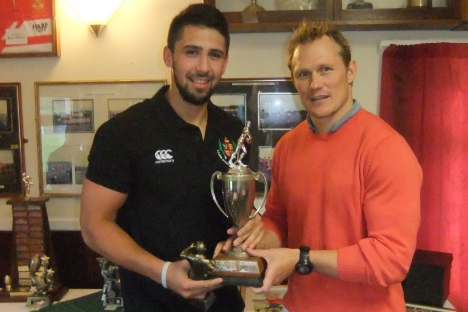 Special Award – Geraint Williams who has retired after a decade as the Athletic XV head coach, was presented with a specially drawn caricature

Special Award – Roger James, who has retired after many years of caring for the Church Bank grounds, was presented with a specially drawn caricature

Club Ambassador of the Year was shared between Andrew Jones, Rhodri Williams (collected on his behalf by head coach Lyndon Lewis) and Emyr Phillips (presented by Rob Appleyard with the assistance of Rob’s young son Fraser)

Clubman of the Year was shared between father and sons Eirian Davies, Ioan Davies and Arwel Davies and collected by Ioan and Arwel together with their young children

Rob Appleyard and Fraser accepted from Lee Rees, on behalf of the Club, a Wales 7s jersey worn by Lee