On 2 May 2015 Llandovery RFC held its annual Players’ Award ceremony at Church Bank.

Guest of honour for the presentations was Emyr Phillips, who came up through the Junior and Senior ranks of the Drovers and is now of Scarlets and Wales.

Awards presented by Emyr were: 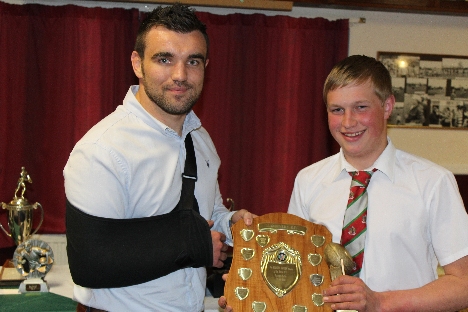 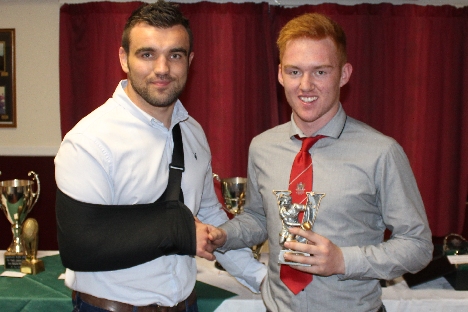 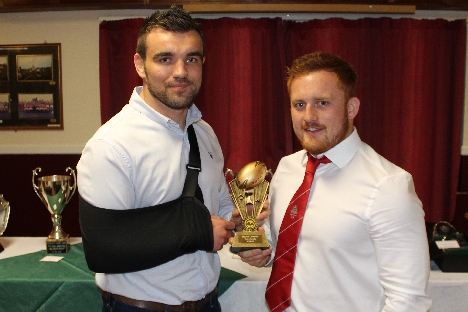 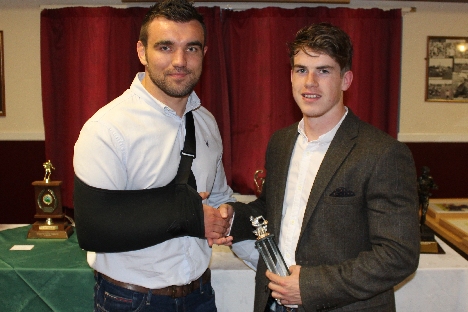 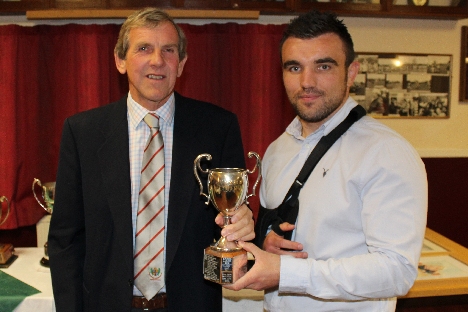 Clubman of the Year – Robin Barlow 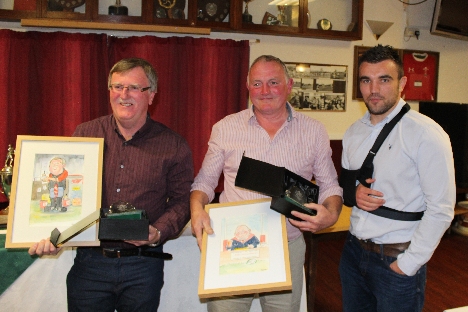 Outstanding Services to the Club – Neville Hughes (right) and Eifion Jones (left), Coach and Team Manager of the Drovers Youth team, who both retire this year, and pictured with their specially drawn caricatures 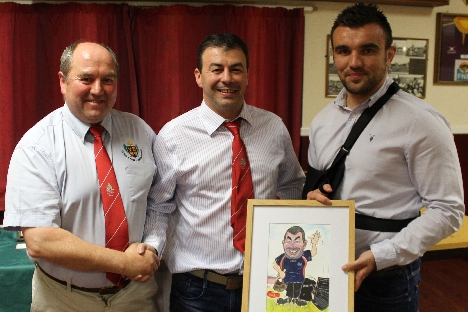 Special Award – Lyndon Lewis who has moved on after 11 years as the assistant coach and head coach, was presented with a specially drawn caricature, flanked by club chairman Handel Davies and Emyr Phillips 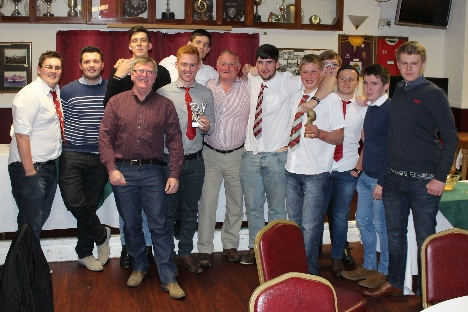 In a post-match ceremony in September 2015 four further awards were presented by Neville Morgan, one of a select band of players who helped re-form the club after the war and to lay the foundations for the Drovers’ success ever since. 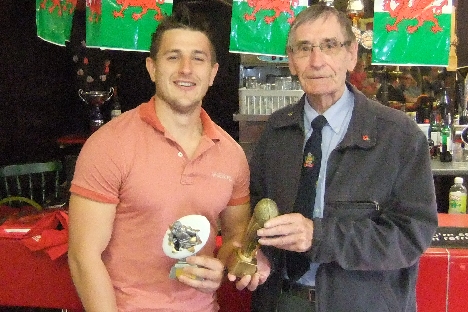 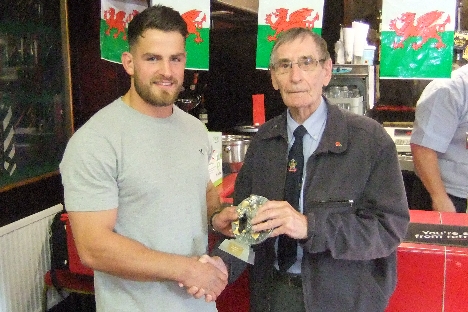 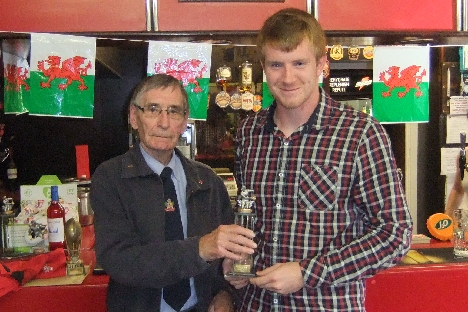 Additional awards, made to players who were unable to be present at either event, were: