4. Scrum half ANDREW OWENS takes on the Ystrad defence

6. Second row AARON THOMPSON gets a lift from his mates

7. Prop WYN JONES patrols the border of a maul. 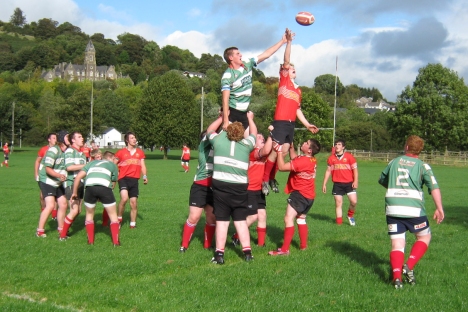 2. Number 8 Rhodri Jones breaks from the back of a scrum with scrum half Andrew Owens in support

3. DAN DAVIES rallies his forwards for one more effort

2. Outside half Geraint Hughes looks to set his backs on the attack