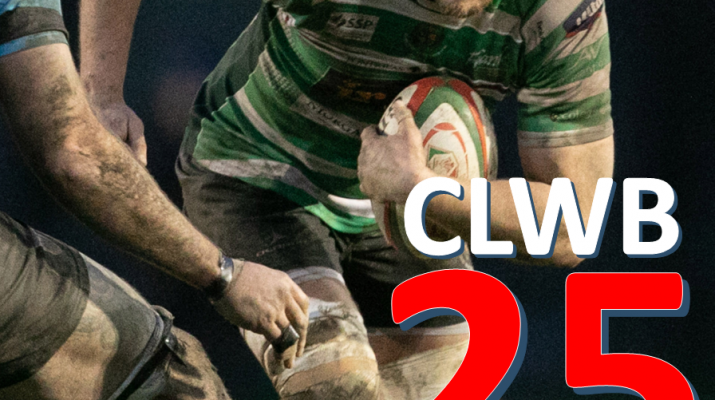 Changes to Benefits in 25 Club Membership
The WRU has seen fit to revamp the Cup and Premiership competitions.
Please treat the following information as an addition to the Benefits of Membership in the 25 Club booklet.
The only Cup competition for the season will run from September to December whilst the Indigo League Premiership will run from December 11 through to May 2022.
In the Indigo Premiership Cup, the 12 clubs are divided into two conferences with the Quins and Llandovery in the West group of clubs alongside Llanelli, Aberavon, Swansea and Bridgend.
There will be five home games for the Drovers in the Cup – Swansea (Sep 18), Llanelli (October 2), Bridgend (Oct 9), Carmarthen Quins (November 6) and Aberavon (Nov 27).
Entry is free for all those five games but October 2 and November 6 are now designated as ”free buffet days” when members can bring one guest to the pre-match hospitality.
The top two from each conference will qualify for the semi-finals of the competition.
If the Drovers top the West conference, they will host a semi-final at Church Bank against the runners up of the East section. The Cup final is scheduled for the Principality Stadium.
League Premiership games will now start earlier than expected on 11December 2021 but dates and fixtures are yet to be released by the Union.
Our understanding is that the 12 teams will play just 11 games each, six home and five away or five home and six away, according to the luck of the draw.
This might well mean that we do not play either Quins or Llanelli at home in the League.
To compensate members for the potential loss of the pre-match hospitality, that hospitality has been switched to the home Cup competition games against Llanelli on October 2 and the Quins on November 6.
*** Owing to the WRU’s revamp of fixtures, the 25 Club Prize Competition – first, last try scorer etc – is now extended to include the five home Premiership Cup games before Christmas – Swansea (Sep 18), Llanelli (October 2), Bridgend (Oct 9), Quins (November 6) and Aberavon (Nov 27).
There might even be an extra game if the Drovers do well in the Cup.
CLUB NUMBERS WILL BE DRAWN OUT OF A HAT AT THE CLUB ON FRIDAY SEPTEMBER 17AT 6 30 PM. 25 CLUB MEMBERS ARE WELCOME TO WITNESS THE DRAW MADE BY CLUB PRESIDENT HANDEL DAVIES.