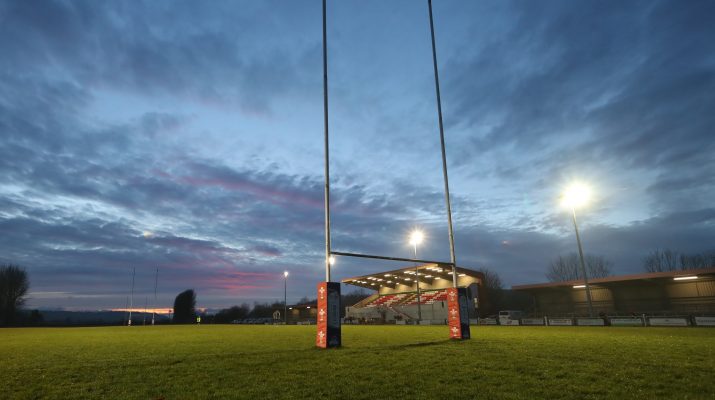 The Drovers had gone down 35-14 at Church Bank on September 4 but this time came out well on top in this West Conference game in the Indigo Premiership Cup.

After a sluggish start when they gave away too many penalties to see them trail 7-0, the Drovers upped a gear in confident style under their outstanding lock and skipper Jack Jones.

The Drovers have now won their first two games and on this form must have bright prospects of making the top two play-off slots.

With arguably the two best scrum halves in the Premiership in Lee Rees and former Drover Rhodri Davies in sharp form the game made for good local derby entertainment.

Llandovery always looked the more fluent and sharper in thought and deed and have seldom played better at Carmarthen Park.

Coach Euros Evans, never a man to overpraise his side’s performances, allowed himself a satisfied smile.

“That was an excellent all round performance with everyone playing a full part in the victory” said Evans.

“That said, I thought the front row of Jamie Hughes, Dafydd Hughes and young Harri O’Connor was tip top in set and loose and lock Morgan Jones tremendously effective at defensive line outs.”

“The captain Jack Jones was a real workhorse and influence in every phase of play – and what you need in any local derby.”

Quins coach Josh Turnbull was honest enough to give full credit to the winners.

“The great difference between our early season win over Llandovery and this defeat was the contact area.” said the Cardiff and Wales forward who is helping head coach Craig Evans.

“You lose that battle and you end up losing the game. The Drovers always had the edge, our ball was always slow and we have no excuses on the day.”

“They wanted it more.”

Penalised four times in the first four minute, Llandovery fought off driven line outs to keep out the Quins pack but poor tackling behind the scrum then let in centre Eddie James for a try, converted by fly half Josh Batcup.

The Quins had the better of the first quarter under the prompting of Rhodri Davies only to be faced by determined defence under lock Jack Jones and an all action back row in Lloyd Pike, Osian Davies and the irrepressible Stuart Worrall.

Despite some darting runs from the dodging, darting Rees, Llandovery could not get their timing quite right but out of the blue a set move from a line out in the 25th minute gave Worrall the chance to feed Rhodri Jones on an angled burst.

The centre in his first Cup game after illness,sliced brilliantly right through the home defence to make fly half James Garland’s conversion a formality.

A yellow card for back chat hooker Dafydd Hughes stopped Llandovery momentum briefly  and a Batcup penalty brought the Quins to 10-14 at the break.

Play swung back and fore swiftly, Batcup missing a penalty at one end only for Llandovery to score at the other after some breathtaking continuity allowed the steady and reliable Garland to get a self converted try.

Replacements in the experienced Haydn Pugh and Richard Bloomfield could not lift the home effort but a  yellow card for Lee Rees, following a high tackle made life difficult for the Drovers

It checked their effort for a bonus point fourth try but Quins replacement flanker Nick Cudd soon followed him into the sin bin after offending at a ruck.

All the home side could hope for was a losing bonus point but that was emphatically denied them with Llandovery skipper Jones outstanding in the rearguard action that refused to cede ground in a tense finish to a grand game of rugby.