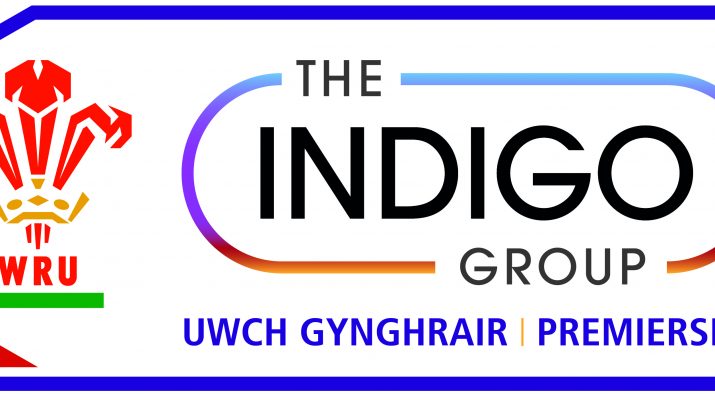 With the season abruptly curtailed by of the Coronavirus pandemic, the Drovers ended up fourth in the Indigo Premiership table – the very same position as last year.

Their final record, after 16 of the scheduled 22 matches were played, reads won nine, lost five and drawn two.

In the 2018-2019 season when there were 16 teams in the league, Llandovery finished behind Merthyr, Cardiff and Pontypridd after playing their full complement of 30 games.

This season with just 12 teams in the Premiership, they finished behind Cardiff, Carmarthen Quins and Aberavon but above the two big valley clubs – Pontypridd and Merthyr.

When the WRU stopped all competitive rugby in mid March the Drovers still had  six games to play – Aberavon, Pontypridd, Newport and Cardiff away,  Aberavon and Llanelli at home.

Cardiff would surely have taken the title if the season had come to its natural end but there was a reasonable possibility that Llandovery could have leapfrogged the Quins and Aberavon to finish second come mid April.

They had a game in hand over the Quins who they trailed by six points but the key would have been the double header over Aberavon.

The Wizards were five points ahead with the same number of games played and Llandovery wins at the Talbot Athletic Ground and Church Bank would have made the race for second spot wide open.

Did they Drovers deserve a higher placing than fourth? – probably not in a curate’s egg of a season.

At times they were sharp, incisive and precise, at other times flat, hesitant and loose, once or twice infuriatingly way below the level they were capable of achieving.

They were outstanding in  wins over Merthyr and Pontypridd, fortunate to draw against Ebbw Vale and the Quins but ill disciplined and lethargic against Llanelli.

They found consistency hard to find against opposition that was increasingly alive to its ambitious and adventurous approach.

When the forwards got on top there was no more exciting back division in the Premiership but the improved overall quality of defence amongst the 12 sides made life harder.

There is little doubt that the availability of WRU recordings of entire matches to coaching teams has led to a careful study of patterns of play, set moves and tactical ploys in an effort to nullify attacks.

In Llandovery’s case close attention to the distribution patterns of fly half Jack Maynard and the angles and timings of the midfield runs of centre Rhodri Jones led to a greater awareness of their threats and resulting defensive measures taken.

Another key factor in the season’s fortunes was the unavailability of the mercurial Lee Rees for a large part of the season.

It deprived the club of its most dangerous broken field player, deprived Maynard the swift service that the fly half needed to open up defences and it allowed opposition tacklers the luxury of committing themselves more often and earlier to danger away from the base of the scrum.

Rees played just six Premiership games and was on the winning side five times.

After his return from his return from Australia at the end of February, he featured prominently in the three impressive victories over Carmarthen Quins (14-12), Merthyr (17-14) and Swansea (21-10), wins which took the Drovers up from seventh to fourth in the table.

That said, former Junior Drover young Dafydd Land did well to fill Rees’s boots thrown into head first into his first Premiership season, a greater tactical awareness and swifter service clearly evident by the end of the season.

His time will come.

Captain and No 8 Richard Brooks –  in his last season before retirement –  battled hard at the front line despite injuries.

He has been a wonderful servant to the club as player and captain, making his first appearance in November 2011 against Cross Keys and going on the rack up 209 appearances.

The glint of battle always in his eyes, his tough, committed and abrasive Bonymaen fostered approach will be hard to replace.

The chances are that Jack Maynard will be moving to Cardiff next season and his worth to the club has been immeasurable over the years.

Signed by Evans after spells at Bedwas and Cardiff, the fly half scored 1185 points in just five seasons and 131 games.

Over the season, coach Evans and his assistants Gareth Potter and Simon Davies rotated his squad expertly, no such easy task in an effort to give everyone fair game time.

Props Jamie Hughes, Dino Dallavalle, Berian Watkins and Llyr Green gave it all they got in tight and loose and Evans dovetailed them off and on the bench to maximum effect.

Hooking duties were shared according to availability and injury between Ricky Guest, Bedwas signing Alun Rees and Dafydd Hughes whilst ex-Youth hooker Garan Williams – called into the squad after injuries to Guest and Hughes – showed up well at the season’s end in the victory over the Quins.

Rhys Jones, Osian Davies, Morgan Jones and Joe Powell did the second row duties with a will, alongside the irrepressible Jack Jones who often skippered the side and led from the front in the absence of an injured Brooks.

The helmeted Stuart Worrall – another with the permanent glint of battle in his eye – was the star flanker but Lewis Ellis-Jones, Shaun Miles, Iestyn Rees and Powell made important contributions whenever called to the colours.

The one rather disappointing area up front was the loss of line out ball at key moments and areas of the game, moments when try winning – and even match winning – opportunities were on offer.

Maynard’s place kicking was key to a number of wins whilst Rhodri Jones, Ryan Jones, Kristian Jones and latterly Craig Woodall ran and tackled with gusto in the centre.

Aaron Warren had a quiet season on the wing scoring just six tries to his 17 the previous season but was second only to Lee Rees in his ability to fracture defences in open play.

The whole squad would have relished the chance to face Scottish opposition in Scottish – Welsh league games scheduled for April-May but they can at least look forward to playing in it next year.

And lastly Llandovery say a sad goodbye to backs coach Simon Davies whose increasing professional duties as a secondary school headmaster at Ysgol Bryn Tawe, Swansea have led him to step down from the coaching team.

The free running approach, creativity and invention of the Llandovery backs have delighted home and away supporters alike and will be a firm and happy reminder of his happy and much appreciated time at Church Bank.

“When I took over as head coach a call to Simon was my first job. Having worked with him before,  I knew he would fit in well with us and add to our coaching group.”

“ He’s an excellent coach and has helped make our backline one of the most feared in the division. We work well together; we both share a similar playing philosophy but are happy to challenge each other.”

“Winning the cup is something we will never forget but he’s played a massive part in making the Drovers one of the strongest teams in the Premiership.”

“Hopefully a few years out will re-energise him and one day we will see him back at Church Bank.”