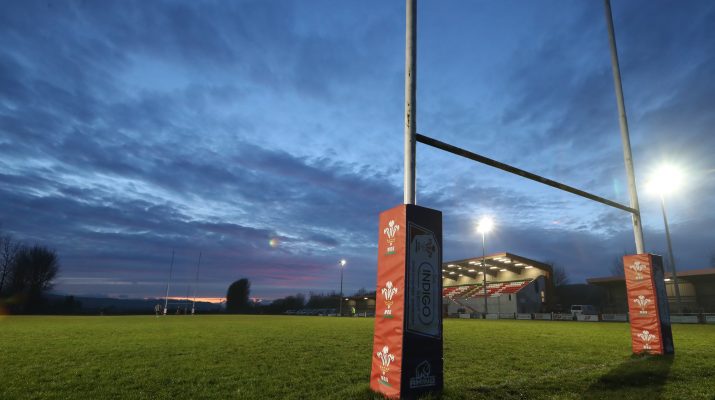 It was a happy return to St Helen’s for former All Whites hooker Euros Evans as he saw his Llandovery side do the Indigo Premiership Cup double over his old club writes Huw S Thomas
After beating Swansea 21-5 at the start of the season, Llandovery and coach Evans had high hopes of doing the double and his Drovers did it in fine style, running in seven tries, three in the first half and four after the break.
They started sluggishly but then hit Swansea with three tries inside seven minutes to lead 19-7 at the break before running away with the game against a crestfallen Swansea side who had started so promisingly.
It was Llandovery’s 21st consecutive league and cup win over Swansea, a remarkable record that dates back to August 2010 when the All Whites won 37-16 at Church Bank.
The Drovers were missing key players in half backs Lee Rees and James Garland, both of whom played in that 2010 fixture – Rees on the wing for Llandovery and Garland at centre for Swansea.
It mattered little as their stand ins – Scott Maynard and Kristian Jones – combined well, chose good options and put in their best ever performances for the Carmarthenshire club.
The pack under the leadership of lock Jack Jones provided good ball at set and loose and the back division was again full of pace and invention on the firm St Helen’s turf.
Ashley Evans and Callum Williams shone like diamonds on the wing, their pace, balance and acceleration earning them thrilling tries out wide.
The bonus point win keeps the Drovers hot on the heels of Aberavon in the West Conference, with every prospect of securing a top two play of spot,
The next game – at home to third placed Carmarthen Quins on November 6 – will be crucial for their fortunes.
Ex-Drover fly half Jamie Davies missed a wind assisted long distance penalty but Swansea had the better of the opening exchanges only for a long kick from fly half Kristian Jones to relieve the pressure for Llandovery.
Swansea eventually took the lead when a close range line out and drive by the pack gave ever busy hooker Owen Thomas the chance to touch down, Davies converting from wide out.
A surging run from flanker Harry Deaves gave Swansea a prime attacking position which all but brought a try for wing Harri Houston.
Hooker Thomas was then yellow carded for stopping a quick Llandovery tap penalty and almost immediately the game was turned on its head.
The Drovers were level when they got clever, quick possession at the front of a line out to allow scrum half Scott Maynard to race in from 25 metres before seeing Jones add the conversion.
Inside a minute the Drovers scored again when a blind side probe gave left wing Callum Williams the chance to sprint home and the teenager then set up Kristian Jones for Llandovery’s third try, converted by the fly half for a 19-7 lead.
Llandovery had scored 19 unanswered points in seven minutes and Swansea had further disappointment when Davies missed another long penalty on the stroke of half time.
Swansea hit back early after the break when Houston intercepted a Llandovery pass to race home from 50 metres but Ashley Evans secured the Llandovery bonus point when a sweeping move sent the wing over, Jones converting for a 26-12 lead.
A delicate chip from ever creative centre Rhodri Jones made a converted try for full back Will Thomas before replacement flanker Iwan Davies side stepped inside the cover out on the right,
Replacement scrum half Ben Ley got a try back for Swansea but it was soon answered by one from Ashley Evans as the Drovers cruised home in impressive style.

By kind permission of the Brecon and Radnor Express