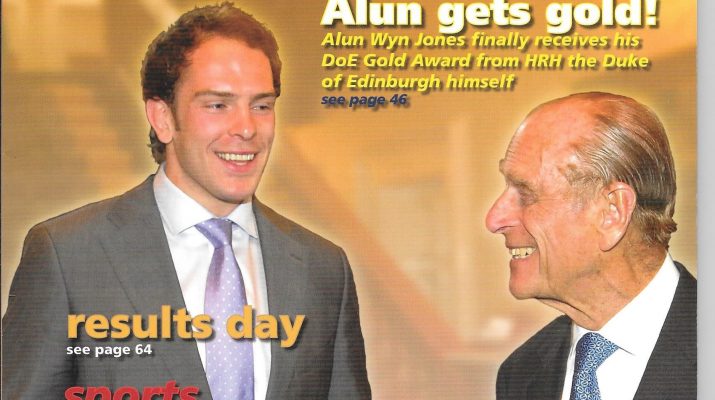 TOWN AND GOWN UPLIFTED BY THE GOOD NEWS 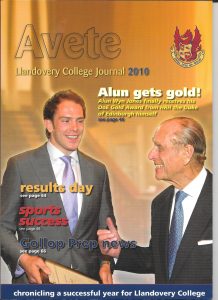 The whole of the small market town of Llandovery had been devastated in July by the news of the tragic death in a car accident on the A40 of the immensely popular local businessman and former Llandovery RFC stalwart Arwel Davies writes Huw S Thomas.

The death of the 40 year old former pupil of Llandovery College was felt through the upper reaches of the Tywi Valley and beyond but the gloom cast over the town and surroundings has been  lifted – albeit partially – with the announcement of the British and Irish Lions team to play South Africa in the third Test.

Llandovery – town and gown – heard the good news that Warren Gatland had included two players with strong Llandovery connections – Alun-Wyn Jones and Wyn Jones – to take on South Africa in the third Test in Cape Town. Both had been selected for the first test on July 24 only for Wyn Jones to be ruled out because of a shoulder injury.

Llandovery College was proud that their former pupil Alun-Wyn Jones had been selected as captain to face the Springboks and Llandovery RFC was equally thrilled to hear that one of their very own – Wyn Jones – had been chosen at loose head prop.

It was uplifting news for the small East Carmarthenshire town which through the local rugby club and College has belied its size in the role it has played in Wales and Lions history.

Wyn Jones who spent years learning his trade in the tough world of the Premiership before turning professional with the Scarlets has been rewarded with a Test match start at loose head prop..

Llandovery President Handel Davies who has been involved with the club over 50 years reported on the club’s pride in the role it has played in Wyn Jones’s career.

“Wyn’s selection in the Test team elevates him to the status of a living legend in Llandovery!” smiled Davies.

“He now represents the pinnacle of our Junior Drovers and Youth development programme, having played for every team at the club from the age of six through Youth, 2nd XV and 1st XV , before playing for Scarlets, Wales and now the Lions”

Jones becomes the second Llandovery Youth player to tour with the Lions, following in the footsteps of hooker Barry Williams who toured with the Lions in South Africa in 1997.

However, Williams did not play in a test match so Wyn Jones becomes the first former Ysgol Pantycelyn and Llandovery Youth player to become a Lions international. 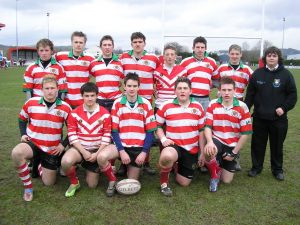 Known in the Llandovery locality by the name “Wyn Clynmawr” –  from the farm outside the town which has been in family hands for generations – Jones has been turning in storming displays for region, country and the Lions ever since he left Llandovery in 2016 following 90 appearances in the Premiership

He puts much of his success at the top level of the game down to his experience in the Premiership.

“To play away for The Drovers against the likes of Pontypridd, Ebbw Vale and Aberavon – sometimes on a wet and windy night facing players who knew all the scrum tricks of the trade was a wonderful learning curve for me”

“It’s true to say that such full on games prepared me well for the physicality of the professional and even international scene and now the Lions”.

“I loved my rugby with the Junior Drovers, Llandovery Youth and then the first team under Euros Evans but never thought for a moment that I would end up in a Lions shirt”

“And we were always encouraged by the Llandovery coaching team to be far more than scrummagers but to run, handle and off load to produce a style of rugby that was a privilege to be part of.”

“I’ve naturally had to work on my fitness and bulk up ready for confrontations with big men and there won’t be bigger men than the Springbok forwards.” chuckled the 29 year old.

In his formative years, former veteran Llandovery prop Andrew Jones – a Barbarian – who played 577 games for the club in a wonderful 22 year career was always at hand to give his young prop advice and counsel on all front row matters.

“Cantona” (aka Andrew Jones) was a specialist loose head and made me scrummage against him in training and talked me through all the tricks of his long lasting trade.”

North and Powell both played for the Drovers, North four times when he was still at College and Powell 20 times in the early part of his career.

North is remembered for  an outstanding try against Neath in a Premiership Play Off game against Neath when he was a Drovers team mate of future Welsh internationals Josh Turnbull and Emyr Phillips and Scotland capped Luke Hamilton.

Alun-Wyn Jones becomes the first old Llandoverian  to be named tour captain although he has already captained the Lions back in  in Australia in 2013 when tour skipper Sam Warburton was sidelined through injury.

After playing in the 29-0 win over fierce rivals Christ College, Brecon in 2002,  he captained the College from lock in 2003 when he gained Welsh Secondary School caps alongside prop Dafydd Thomas and Daniel George.

Former College master Glyn Evans who ran the College’s Duke of Edinburgh Award programme for over 20 years remembers Alun-Wyn fondly as much for his commitment off as on the field of play.

“Back in April 2010 Alun-Wyn received the Gold award from HRH The Duke of Edinburgh at the Mansion House in Cardiff.”

“Due to his international rugby responsibilities and the demands of his Law degree, Alun-Wyn hadn’t been able find a spare moment to complete all the required paper work.”

“However, having fulfilled the final residential requirement during the Wales tour to Argentina , he managed to get all the details  signed and sealed.”

“He kindly agreed to become an Ambassador for the Award Scheme  – a role to which his charm and bearing made him ideally suited.”

PHOTO From the front of a Llandovery College Journal 2010

“Leadership qualities form a huge part of the D of E awards and even then, back in 2002 and 2003, Alun-Wyn’s presence, confidence, sense of purpose,  influence on others and awareness were as notable outside rugby as they were in it .”

“It is no surprise to me that Warren Gatland acknowledged his strengths by inviting him to be captain of the Lions!”

A packed Llandovery RFC clubhouse shouted on town and gown in the deciding test on August 7, Llandoverians and Drovers united in the joy of the contribution that both have made to the game at club, national and international level.

The Lions ended the series with an agonising 19-16 defeat, losing the series 2-1 but it did nothing to dent the pride and admiration that town and gown hold and will always hold for the Jones boys

Not bad for a tiny market town – population 2,000  – that continues to contribute so much to the game ever since the formation of the WRU in 1881. 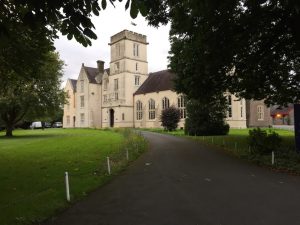 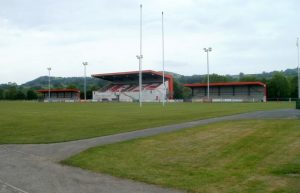