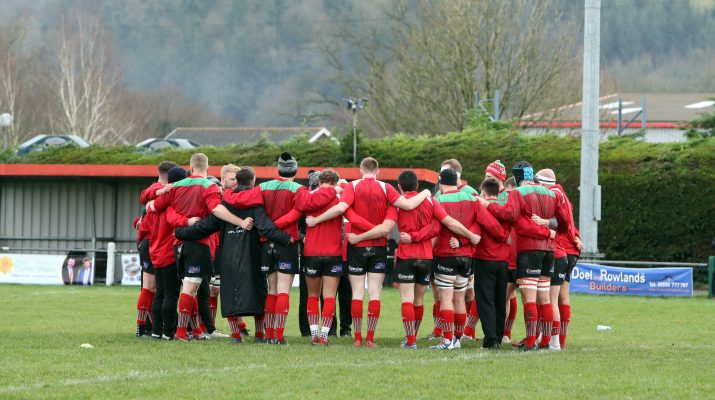 What the Papers Say – Huw S Thomas reports
Copyright Huw S Thomas, and used by kind permission of Huw S Thomas
For both clubs this was the final work out before the start of the new Indigo Premiership Cup which begins this Saturday (Sep 18) writes Huw S Thomas.
Drovers and Wizards alike went at it full tilt at a sunny Church Bank in an 11 try thriller and confirmed that they will be up and ready to confront Swansea, Llanelli, Bridgend and Carmarthen Quins in the West Conference.
The top two at the end of home and away fixtures will face the top two from the East in the semi finals, all before Christmas.
Cardiff, Newport, Pontypridd, RGC, Merthyr and Ebbw Vale will do battle for qualification from the East.
The Llandovery line up was stronger than the one coach Euros Evans had selected against Carmarthen Quins the week before but not quite strong enough to contain the all round excellence of the Wizards.
That said, the Drovers had much the better of the first half, looking in control until shaken by an interception try but had to give second best in the contact area after the break when the Aberavon pack built up a fair head of steam.
Both coaches were satisfied with the day’s proceedings.
Winning coach Jason Hyatt saw the game as ideal preparation for the coming campaign.
“After losing to Newport and Ebbw Vale we put in a very strong and improved effort which gives us a lot of optimism for our opening game with Llanelli in the Cup”
“We edged the win in the face of stiff opposition, gave all our players the chance to put their hands up for a starting place and we are raring to go next week” said Hyatt.
Opposite number Euros Evans was more guarded but with key players centres Rhodri Jones and Craig Woodall plus back rowers Joe Powell and Tom Phillips set to return in the near future, he was happy that the Drovers will be competitive in Cup and League.
“We were very good in the first half, stuttered against the physicality of the Aberavon pack and their speed in defence after the break but finished strongly”
“It did not help our cause that we gave away two interception tries but we were edged in the contact area.”
“We hope to be back to nearly full strength for Swansea this Saturday” added Evans.
Hectic early exchanges saw both sides lose and regain possession at regular intervals before Llandovery took the lead with a try created by a dummy from flanker Stuart Worrall and finished off by centre Rhodri Wall.
The Drovers were well on top at this stage and went further ahead when Wall made a scorching break out wide before feeding scrum half Lee Rees who raced in from 30 metres to make it 10-0.
Against the run of play, Aberavon stole a try back when centre Chay Smith intercepted a long pass from home fly half Ryan Williams and outstripped the cover from fully 50 metres.
Llandovery reacted immediately when a delicately weighted inside pass from outstanding centre Kristian Jones gave wing Aaron Warren the chance to round his opposite number Frankie Jones for a try converted by Williams.
The Wizards at last had a good period of play and heavy carries into the home defence ended with flanker Lee Purnell planting the ball on the goal line, fly half Aled Thomas adding the conversion.
The Aberavon forwards made another try with their powerful ball carrying putting the Llandovery defence under sustained pressure, No 8 Andy Waite getting the touchdown, Thomas converting well for a 19-17 lead.
Back came the Drovers with a fine individual try from full back Will Thomas who took a high ball brilliantly, side stepped a couple of defenders and got near enough to the posts to make the conversion easy for Williams.
Despite a yellow card for Worrall, it gave the Drovers a narrow 24-19 half time lead in a fast and furious game.
Within seconds of restart, Aberavon regained the lead, flanker Lloyd Evans intercepting a Will Thomas pass to gallop in unchallenged from 25 metres for a try converted by the reliable Aled Thomas.
Full back Chris Banfield soon added another when gathering a cross kick from centre Will Price and with another Thomas conversion, Aberavon went clear 33-24.
The Llandovery scrum creaked badly against the power of replacement props Nicky Thomas and Rowan Jenkins and it was no surprise when wing Matthew Jenkins picked up a kick from Lloyd Evans for Aberavon’s sixth try, you know who converting.
A yellow card for Aberavon lock Rhodri Hughes gave Llandovery some respite and a clever kick from promising fly half Williams put in replacement Lawrence Thomas for a corner try and close the gap to 29-40.
But it was all too late in the day for the Drovers to make any further inroads into a well organized defence.
Excellent referee Adam Jones had a pertinent comment to make at the end of the game
“Both sets of players were out on their feet at the end. The new set of laws did away with so many scrums that the ball was in play for so much more time than usual” said Jones.
“I ran over five miles in the game and there were players gasping for breath”
Llandovery
Tries: R Wall, L Rees, A Warren, W Thomas, L Thomas
Cons: R Williams (2)
Aberavon
Tries: C Smith, L Purnell, A Waite, L Evans, C Banfield, M Jenkins
Cons: A Thomas (5)