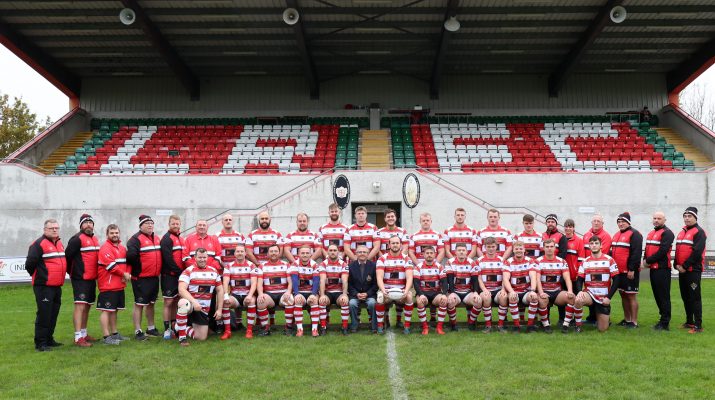 DROVERS IN REACH OF CUP SEMI-FINALS

The Llandovery win – their sixth of seven in the Cup – virtually guarantees a top two spot and a semi-final against one of the top two in the East Conference.

The Drovers clinched the double over their Tywi Valley rivals with an all round performance of skilful attack in the first half and outstanding second half defence in the face of driving wind and rain.

“We had the lighter pack and faced relentless heavy ball carrying so to stop a good side like the Quins from scoring any points at all speaks volumes for the quality of our commitment.”

“It would be invidious to name any of the 13 forwards who were involved, suffice it to say they were all quite excellent in their technique and commitment.” added Potter.

“We had them on the rack for sustained periods – encamped on their line at the end of the first half when they were forced into conceding penalty after penalty but we still could not break through.”

“And with all the elements in our favour in the second half, we were again in reach of the line for a long period but could not finish.” said Evans.

Llandovery are 11 points clear of third placed Quins with just three games to go and are seemingly home and dry barring a miracle.

There were six former Drovers in the Quins starting line up – backs Josh Batcup, Jac Wilson and Rhodri Davies, forwards Haydn Pugh, Richard Bloomfield and Ed Siggery – and one replacement in scrum half Aron Hemmings on the bench.

But neither they nor their team mates could find their way through wonderfully organised. determined and selfless tackling, testimony to the hard work and preparation of defence coach Lloyd Phillips.

The Drovers had an explosive start, going ahead inside three minutes when a precise chip ahead by fly half Kristian Jones was scooped by centre Craig Woodall  who sent wing and leading try scorer Callum Williams racing in under the posts.

Jones converted and only desperate Quins defence held up prop Jamie Hughes for a second home try but the fly half soon added a penalty before full back Will Thomas was wide with a drop goal attempt.

The Quins found progress hard playing into the strong wind and went further behind to another Jones penalty before fly half Jac Wilson missed a difficult penalty for the visitors.

A close range line out gave the Quins their first big chance and although Llandovery gave away four penalties in succession against waves of attacks, their tackling held up.

On the stroke of half time, the impressive Jones hoofed over his third penalty for a deserved but no means decisive 16-0 lead.

Wind and rain in their favour, the Carmarthen pack dominated territorially but found the Llandovery defence terrier like in the badly deteriorating weather.

The back row of Lloyd Pike, Griff and Jordan Evans got through a gargantuan amount of work in the loose, inspired by the example of their priceless skipper, lock Jack Jones.

Centre Josh Batcup was yellow carded for a late tackle on home scrum half Lee Rees but a great, long kick from Quins scrum half Rhodri Davies set up a line out which all but brought a try.

Pounding pressure was answered by relentlessly brave tackling as the Drovers resisted all that the Quins could throw at them.