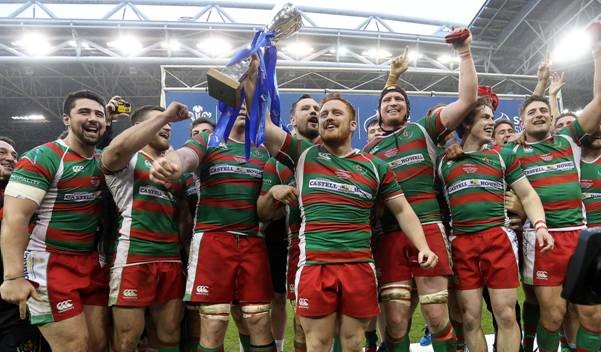 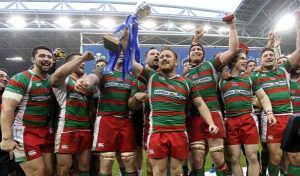 Llandovery have been drawn at home to either Pontypridd or RGC in the quarter finals of the Indigo Premiership Cup writes Huw S Thomas.

The tie at Church Bank will be played on Saturday January 22 by which time their last eight opponents will be known.

If it is RGC then the opening league game of the Premiership on Saturday (Dec 11) will be of huge interest as the North Walians will be the visitors to Church Bank – just a fortnight before a possible meeting in the Cup.

The RGC- Pontypridd game scheduled for November 27 was to be a shoot out to decide who would qualify for the quarter finals but it did not take place after a disagreement between the clubs over player safety.

That game has been rearranged for Saturday January 8.

Whoever triumphs, will travel to face a Llandovery side that is brimming with confidence after winning nine of its Cup matches and finishing top of the West Conference.

The Drovers were not only the heaviest points scorers over 10 games with 293 points to their credit but they also had the meanest defence, conceding just 127 points.

Their points difference was +166, way better than second placed Aberavon on +101.

Euros Evans’s men also did the double over the redoubtable Wizards of Aberavon who still remain one of the favourites to make the Cup final.

The date of the final is not yet determined but the WRU have confirmed that it will be sometime in the window between April 24 and May 1 2022 at the Principality Stadium.

Of the nine sides remaining in the competition at the quarter final stage, seven have won the Cup since its inception in 1972, the two clubs yet to carry off the trophy being Carmarthen Quins and surprisingly- given the great history of the club – Aberavon.

A number of players from the winning 2016 squad have played for Llandovery in this year’s Cup and have been in fine form.

Full back Will Thomas, centres Rhodri Jones and Craig Woodall, wing Aaron Warren, scrum half Lee Rees, prop Berian Watkins, hooker Dafydd Hughes and flanker Stuart Worrall will add a lot of experience to whatever side that takes the field.

Two of the three other quarter finals look to be tight affairs.

Cardiff are favourites to beat the Quins only because of home advantage and Aberavon are set to have an almighty battle against much improved Merthyr.

Three times former winners Bridgend who finished fourth in the West have a very difficult away tie at Newport who have two Cups to their credit and ended the East Conference in top spot.