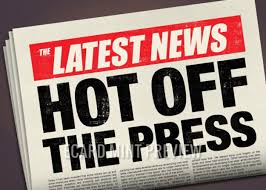 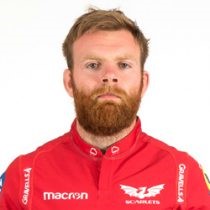 One huge coup for the Drovers is the signing of back row Tom Phillips who has left the professional Scarlets to link up with his old Coleg Sir Gar coach Euros Evans.

The past couple of years haven’t been easy for the former Wales U20 skipper who led his country to the 2016 U20 Grand Slam, a time when he was widely tipped as a future Wales captain.

A serious hip problem kept Phillips out for a long-term, then the pandemic hit rugby, wiping out pretty much all rugby below professional level in Wales before the news came that the Scarlets were leaving him go.

There was a hamstring problem,a shoulder injury, the odd concussion and the hip setback, not helping Phillips establish himself on the senior scene.

His plan now is to take time out from the professional game to regroup at semi-pro level.

and he’s going to cast an eye to the future, to make sure he has more security in place.

“I’m thinking of going into teaching at some point,” he says.

“I’d like to go into PE teaching or maybe into some sort of coaching role, perhaps with an academy if it came up.”

“The plan is to bank a full season of 20-plus games at semi-pro level while putting down the foundations for a career.”

“Tom’s been a great addition to the squad, he’s raising standards and proving to be a great role model for the younger players of the squad.”

Llandovery’s league programme for season 2021-2022 will not begin until the New Year but the WRU will run a “cup” competition – with full contact – from September 18 to bring clubs back to speed and fitness before the league proper.

This pre Xmas competition will be probably based on two conferences of six teams  – West and East- with each conference side playing five home and five away fixtures.

The West section will comprise of Aberavon, Bridgend, Carmarthen Quins, Llandovery, Llanelli and Swansea whilst Cardiff, Ebbw Vale, Merthyr, Newport, Pontypridd and RGC will play in the East section.

Llandovery coach Euros Evans has been busy in his preparation

“We’ve had the 35 strong squad in, training twice a week, since the start of July, and introduced contact training in August” said Evans.

“We had a warm up friendly with Aberystwyth  on Thursday August 12 – 55-7 to the Drovers – and might squeeze another game in before the end of August.”

“We’ve arranged friendlies against fellow Premiership sides Carmarthen Quins and Aberavon in early September before the “cup” kicks off on September 17.”

“Tom Phillips will add a lot and Evans has also brought back an old Llandovery favourite in James Garland who returns to Church Bank after a five year playing spell with Aberavon.

The 32 year old Garland has been appointed player coach, responsible for directing operations from fly half in both training and match play scenarios and will work in harmony with team attack coach Gareth Potter.

To replace retired skipper Richard Brooks was no easy task but Llandovery’s back row options will be further strengthened by the signing from Cardiff of Lloyd Pike and the probable return to Church Bank of former skipper Phil Day.

22 year old back row Pike is well known to Coleg Sir Gar Director of Rugby coach Evans as he was a very successful former college captain under Evans.

Another significant signing is full back Will Thomas.

Wales 7s squad member Thomas is another former Drover and returns to Wales after a spell with England Championship Rotherham. The startlingly quick Thomas had an outstanding season at Church Bank in 2015-2016, scoring 10 tries from full back in 26 appearances and was in the2016 Cup winning side.

Llandovery will also have the benefit – when available – of some Scarlets.

Euros Evans’s goal is to improve on last year’s fourth and finish in the top three of the Premiership .

“We lacked that little bit of consistency and let ourselves down once or twice in games that slipped away from us.” said the coach.

“The season ahead has a lot of question marks hanging over it and we are all in the dark on how it is going to pan out but we are all champing at the bit to get going – whenever that might be!”